DO ANY OF THESE SOUND FAMILIAR TO YOU?

"I’ve made a ton of progress since joining your coaching program a few months ago. I had 'book knowledge' but was falling short. Now I have as much business as I can handle and I’m building on my vision for 2021 with you and NLP! " 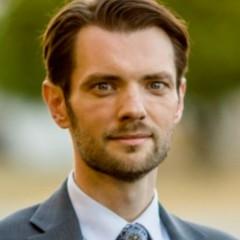 "I've seen a 40% jump in my business — during the Pandemic —and it's because of my work with Susan! Her process has empowered me, enabled me to find my voice and concisely communicate my story. Our work together has given me so much confidence. I've been featured on numerous podcasts and media interviews. I'm now the 'go-to' expert! Susan is brilliant, a great writer, incredible with words and I can't recommend her highly enough!! " 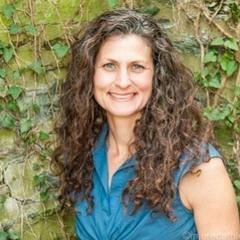 "Story Magnets is easily the single best ROI I’ve ever gotten, and I have invested 6-figures in mastermind coaching and programs over the past decade. My story was the magic piece that was missing. I was hemming and hawing when talking about my business and my website needed help for years. Now, my website is updated and I’m expressing myself with a clear, confident and authentic story. I finally feel legitimate! Jump on the Story Magnets wagon! " 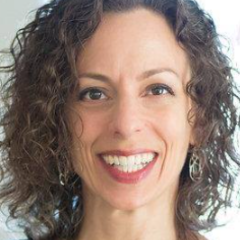 You're showing up like a deer in headlights ...allowing yourself to be timid and meek while others exude their personalities

You're confusing self-confidence with cocky 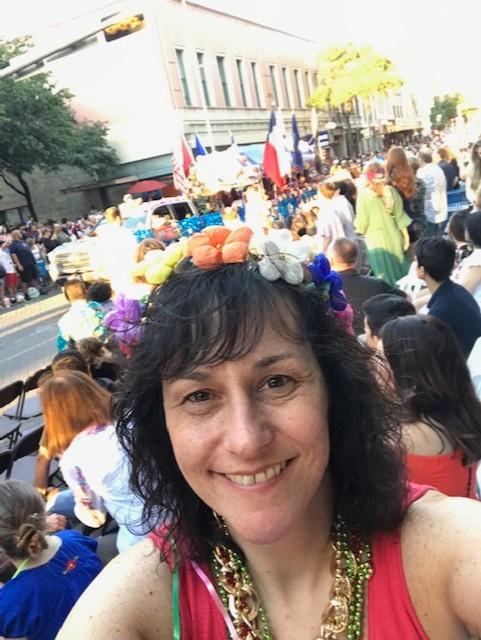 I've formed much deeper connections with colleagues, friends and strangers by simply opening up about my journey

I've felt completely liberated and free of my limiting beliefs

I've been living life with a new perspective that's brought magic, abundance and compassion at levels I never could have imagined

I've been enjoying my marriage of 31 years with a renewed commitment to us as individuals and partners—-and been laughing a lot more, too

I'm SO ridiculously proud to share my perfectly imperfect story because I know that I matter...and so do you

My story is just an example of what happens when you give yourself the grace to re-write your narrative to become the storyteller and the Story Magnet the world is waiting for!

But don't take my word for it. My clients and students — from Austin to Australia—are happy to share their experience with you...

"I am blown away with Susan's coaching, process and formulas. I struggled with my story for years and took a lot of classes. The first time I used Susan's process, people wanted to connect with me. That's never happened before. Susan's experience as a reporter taught me what to include and what to leave out. I recently had to introduce myself in a Zoom meeting and now I feel like I own my introduction. I use everything Susan has taught me every single day because I know myself so much better than I did. You can't put a price on this. There's so much value that carries into my business, life and every relationship. Work with Susan! " 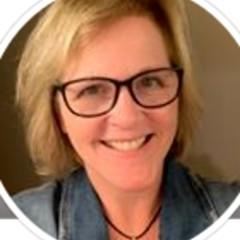 "I was struggling with my words for a year. As a result of enrolling in Story Magnets during the Pandemic, I was finally able to write something clear and simple...and voila! I got two new clients for my new virtual services! Susan is a seasoned and generous pro who over delivers. Take this class!" 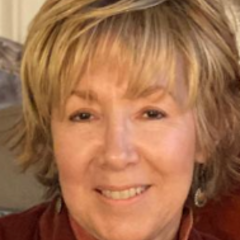 "Susan is a secret weapon for communication! Her coaching and course brought me the clarity and confidence I needed to propel my business forward!" 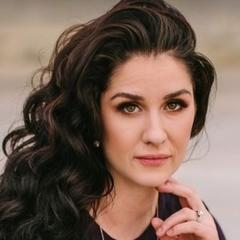 Week 1: Transforming Your Self-Talk — For Good

You don't need to work harder or do more so that you can live your dream. I'll show you how to finally get past your old internal stories and self-sabotage at the deepest level so you can drastically improve your life #beenthere. You'll have the scientifically-proven 3-step process that successful leaders use to reach new levels of expansion and growth. 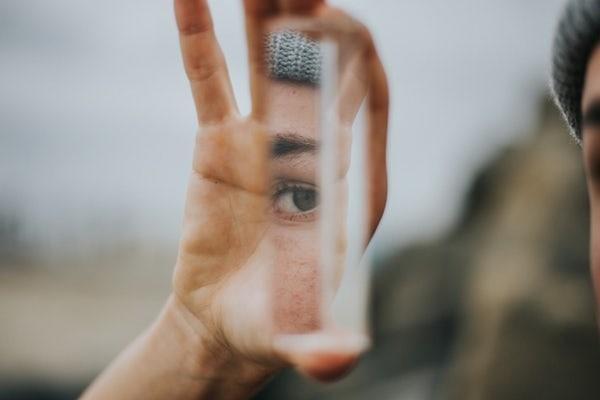 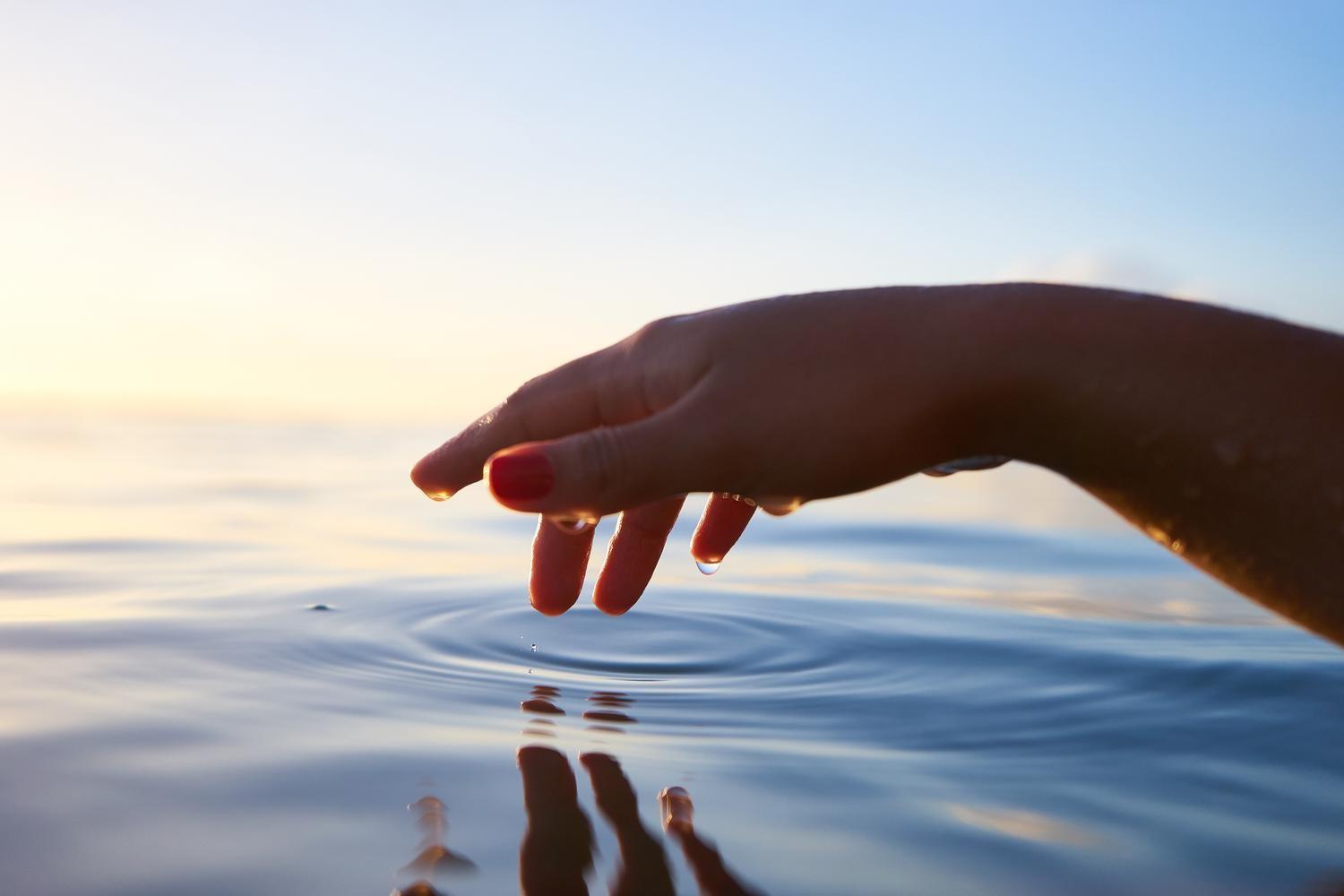 Exhausted from chasing and falling into old habits? Your self-doubt will vanish when I show you the power you have right now — but aren't using. You'll stop second-guessing yourself and start living the future you want. You'll have the support of a safe community, accountability and coaching (plus PDFs and other resources) as you move forward on your path to possibility!

As your self-doubt disappears, I'll share my exact formula so you can confidently and concisely introduce yourself — online and in person. I promise you'll be shocked at how one simple sentence will captivate your prospects — and attract new clients, referrals and opportunities. 😍 There are also hot seats + coaching so you can practice in a safe space. 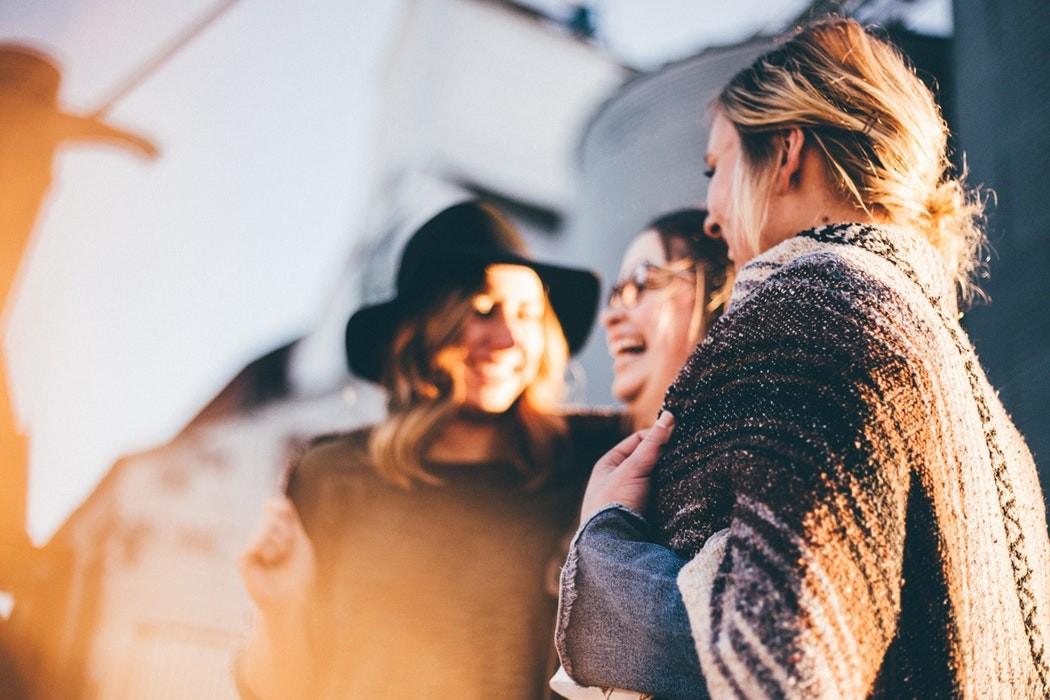 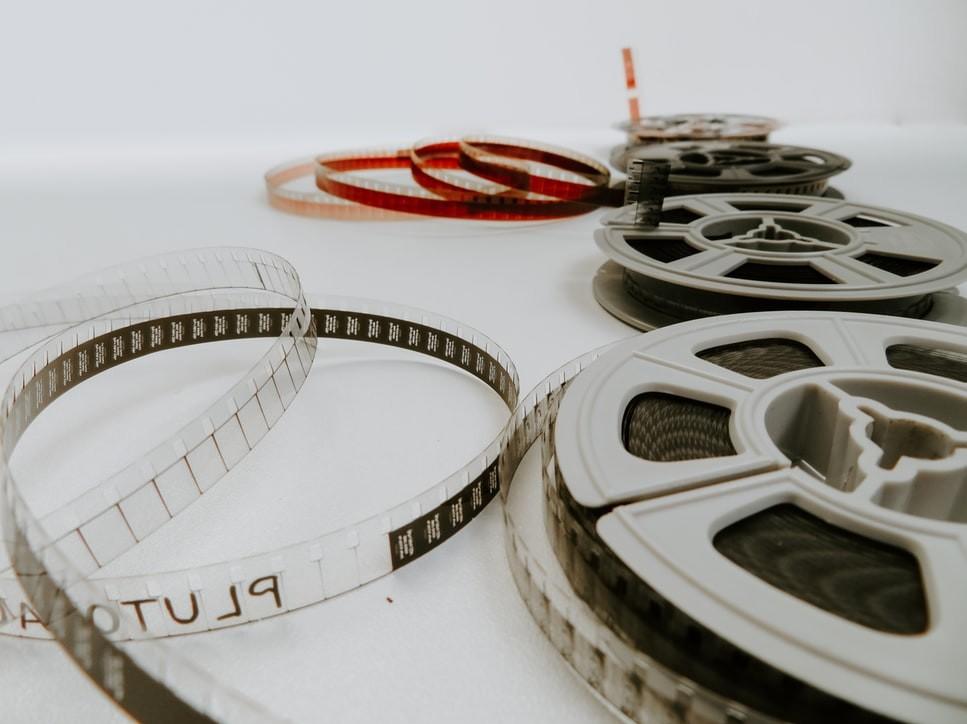 Now that people are paying attention when you introduce yourself, we'll focus on the “Highlights Reel” of your journey. You'll get the exact template, structure + words for your longer story, brimming with achievements and personality. You'll be super excited to reply to "tell me about yourself."

Week 5: Sharing Your Story with Style

Your introduction has got to connect + resonate with prospects. It's got to have an impact. The magic is in your words, vocal vitality and body language. I’ll share simple techniques (that your competitors probably don’t know!)  that bring instant rapport —and juicy opportunities. It's time to step into your power. YOU are worthy. YOU are the message! 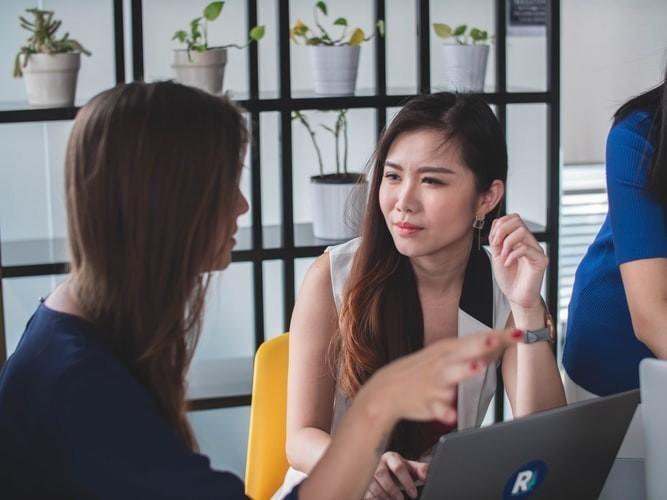 Maria Got Fast & Amazing Results. You Can, Too! 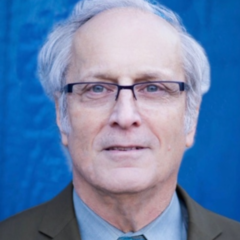 "Susan has a unique ability to cut through to the point. Her decades of experience come through with incredible simplicity. She is a master of words." 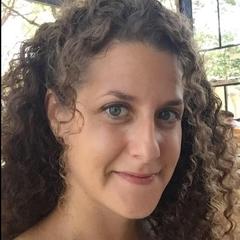 "Susan’s simple yet very effective process and formulas are gold! I got so much out of her program. Every part of the course was filled with valuable and actionable tips. I've been using my intro and story with great success and confidence. Thank you, Susan! " 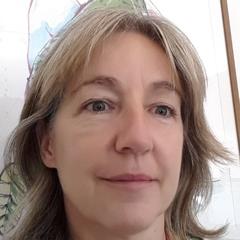 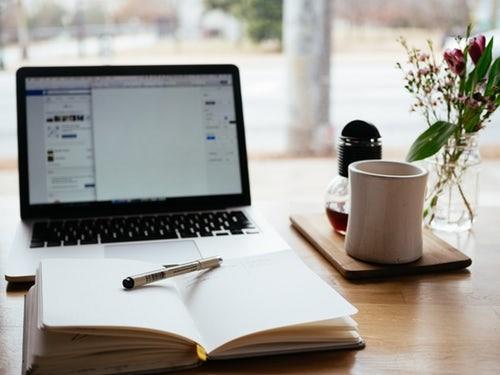 All lessons will have a video, worksheets and guides to make the course juicy and digestable. As you may know, I love to over-deliver so don't be shocked if this becomes quite a few more! 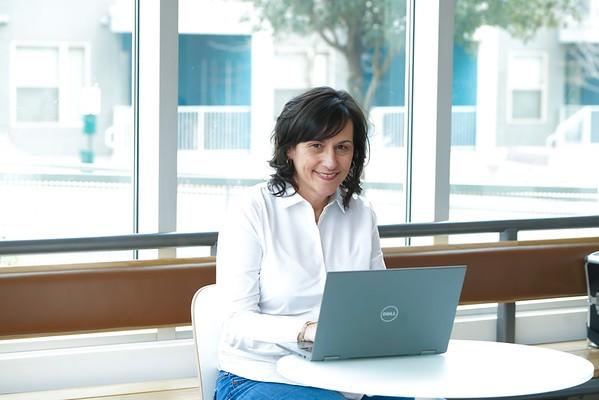 The group coaching continues with amazing guidance on everything you need to do to become the best storyteller and version of yourself! (Hotseats for practicing, too!) 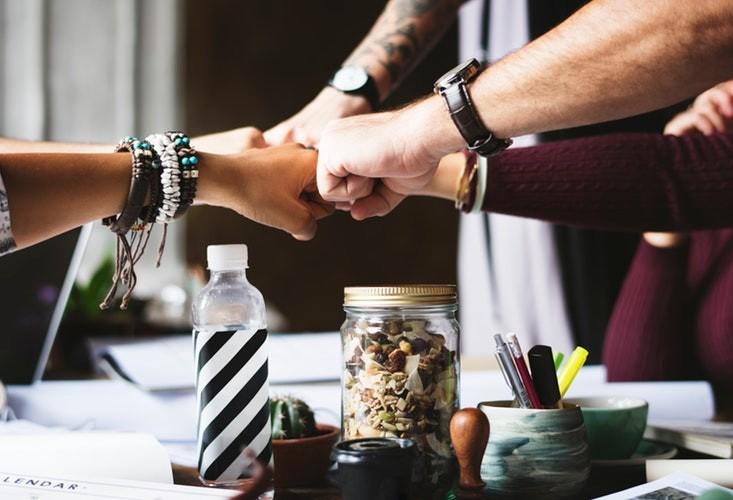 You will have an amazing group of people who are just like you, going through the same fast-track transformation together as a community! We'll be supporting and encouraging one another throughout our journey.

GET LIFETIME ACCESS to the Visibility Self-Promo class + Story Magnets Ultra — which gives you LIFETIME access and deep savings on all courses Susan creates in 2021 and beyond! The bottom line: You get LIFETIME savings and ACCESS to HUGE courses from Susan so you can continue to expand and transform!

" I was so stuck in my head before I met you. You gave me the confidence to talk about myself and tell business stories in-person and on social media. You also gave me the framework for marketing and sales. I’m a much better communicator than I was just a couple of months ago. Your templates and NLP experience are incredibly valuable. My calls are more productive, email open rates are higher and I'm acquiring new clients quickly! " 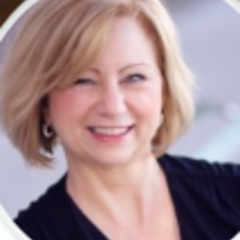 What's included in my purchase?

How is the course set-up?

We begin on Monday, Jan. 4, 2021 so we can kick-off the New Year with purpose and passion!

We'll meet on Zoom each Thursday at 11 AM CST/ 12:00 PM EST for Office Hours, Coaching and Live Hot Seats. These are recorded in case you miss one.

Also, each student in Story Magnets Ultra gets a 30-minute 1:1 private coaching session with Susan before we start so we can map out a strategy for success together. #accountability #actiontaker

Is there a money-back guarantee?

No, and here's the reason why. This class - and Susan's teachings- are based on self-trust and confidence. It's about you being decisive and responsible about your business, personal and professional development.

Will there be recordings if I miss something live?

Absolutely! We know everyone's busy and life happens. All Office Hours, coaching, hot seats, etc. will be recorded on Zoom. Links are shared with students within a few hours.

What is Susan's background and experience?

Susan is an award-winning visibility strategist and founder of Get in Front Communications, Inc. For 21 years, Susan has been teaching professionals and entrepreneurs how to tell their stories so they can increase their visibility and credibility—and make a bigger impact.

A former radio news reporter and on-air anchor for 10 years, Susan has interviewed everyone from homeless people to presidents. She also worked as Deputy Director of New Jersey Gov. Christine Todd Whitman’s Office of Radio and Television, and was a PR director for a statewide nonprofit.

In addition, Susan is a certified practitioner in Neurolinguistic Programming. NLP is a model of communication, sales, psychology and business that's used by world leaders, politicians and top athletes to bridge communication gaps, create new mental roadmaps and build trust and rapport with others.

A graduate of Quinnipiac University in Hamden, CT, Susan has been honored as “Entrepreneur of the Year” and is one of the ‘Top 75 Badass Women on Twitter.’ She facilitates Communication Nation on Facebook.

Susan and her husband relocated from New Jersey to San Antonio in 2006. They have two grown children and get back to New Jersey often to enjoy family, friends, the beach...and tasty pizza.

"I’m a big fan of Sue and her programs. She's been working with some of our advisers and they have very impressive results. If you need help with communication and storytelling, take action and enroll in Story Magnets now so that you can kick off 2021 with the tools you need!" 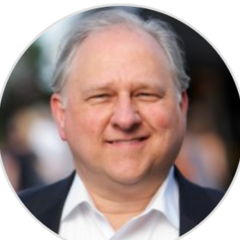 "Each lesson is somehow better than the last. I saw value in the first lesson and all the way through. The content is so 'consumable.' My hot seat was potentially the most productive 45 minutes ever. Thank you, Susan, you make it so easy! " 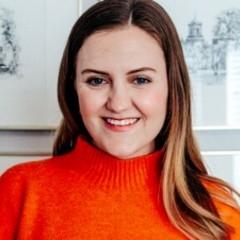 "Susan’s programs helped me to step out and be bolder in promoting myself beyond my sphere of influence. Business is steady and I was promoted during the Pandemic. I’m the first and only woman to be a Lease Director in all of Houston! I’m so proud of myself! " 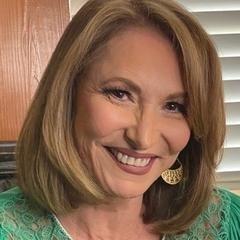 "I was feeling nervous and didn’t know of what to say. I was afraid of sounding wordy so prospecting was difficult. Now, I'm reaching out to more people and feel much more confident. I have an introduction that’s concise and impactful. I'm more excited than ever to build my business! " 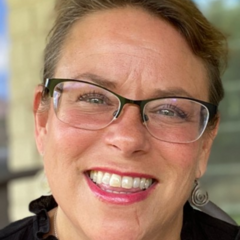 3 EASY PAYMENT OPTIONS FOR YOU!

Register for your free coaching call

Fill out the application below to get started.